Abstract Expressionism, sometimes called The New York School, originated in New York’s Greenwich Village in the mid forties. The term was first coined by art critic Robert Coates in 1946. Up until this period most American artists were influenced by art movements in Europe. Abstract Expressionism changed that pattern, becoming 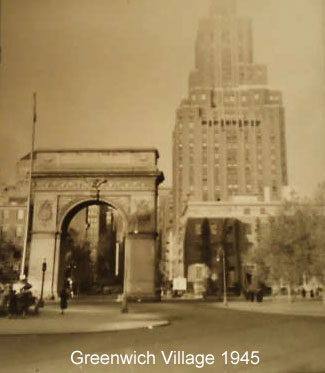 the first American art movement to have an influence on Europe.

Abstract Expressionism changed that pattern, becoming the first American art movement to have an influence on Europe. It's important to note that major influeces to the movement, most notably Surrealist Max Ernst and De Stijl artist Piet Mondrian, migrated from Europe to New York after World War II. Their desertion from traditional painting inspired the revolutionary philosophy of the Abstract Expressionists. This philosophy is based on the idea of searching for answers to the questions of human existence. It addresses personal psychological battles, the struggle between man and nature, and the pursuit of spiritual comfort. The psychoanalytic theories of Sigmund Freud and Carl Jung, who also greatly influenced the Surrealists, provided the intellectual context in this quest for new subject matter. New York replaced Paris as the center of the art world thanks to Abstract Expressionism, and it held prominence until the 1960's with the emergence of Pop Art, specifically Andy Warhol, Robert Rauschenberg, and Jasper Johns.